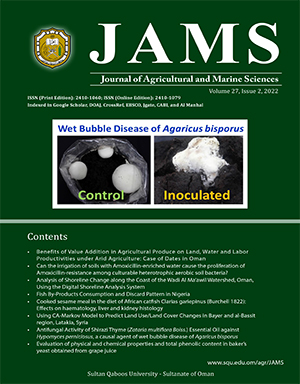 Significant portions of by-products are generated and discarded throughout the fish supply chain. To reduce the discard of these by-products and ensure their proper utilization, there is a need to ascertain its discard and consumption pattern among fish consumers. The main aim of this study was to investigate the by-products fish consumers in Lagos State, Nigeria regard as waste; discard and consume. Factors which influence the discard and consumption of these by-products were also investigated. Using a Multistage sampling procedure, a structured questionnaire was used to obtain information from 300 respondents in three Local Government Areas (LGAs) in Lagos State, Nigeria and the data collected were analyzed using descriptive and inferential statistics. The results show that the scales (92%) were the most discarded by-product followed by gut (89%), gills and fins (85%). The skin was the most consumed by-product while the gut was the least consumed. The three major reasons given by the respondents for the discard of these by-products were that they considered them uneatable, useless and a waste. Several interrelating factors, such as social factors, type of fish species and socio-demographic characteristics also influenced the by-products respondents in this study regard as waste; discard and consume. The results in this study indicated that the scales, gut, gills, and fins were largely discarded and underutilized by fish consumers in Lagos State, Nigeria. There is a need for research on sustainable ways to recover and utilize discarded by-products for the development of value-added products and for the realization of a sustainable circular economy.