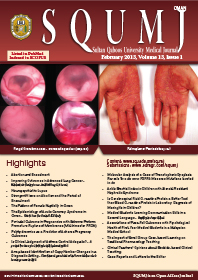 Objectives: Thanatophoric dysplasia (TD) is the most common form of lethal skeletal dysplasia. It is primarily an autosomal dominant disorder and is characterised by macrocephaly, a narrow thorax, short ribs, brachydactyly, and hypotonia. In addition to these core phenotypic features, TD type I involves micromelia with bowed femurs, while TD type II is characterised by micromelia with straight femurs and a moderate to severe clover-leaf deformity of the skull. Mutations in the FGFR3 gene are responsible for all cases of TD reported to date. The objective of the study here was to delineate further the mutational spectrum responsible for TD. Methods: Conventional polymerase chain reaction (PCR), allele-specific PCR, and sequence analysis were used to identify FGFR3 gene mutations in a fetus with a lethal skeletal dysplasia consistent with TD, which was detected during a routine antenatal ultrasound examination. Results: In this report we describe the identification of two de novo missense mutations in cis in the FGFR3 gene (p.Asn540Lys and p.Val555Met) in a fetus displaying phenotypic features consistent with TD. Conclusion: This is the second description of a case of TD occurring as a result of double missense FGFR3 gene mutations, suggesting that the spectrum of mutations involved in the pathogenesis of TD may be broader than previously recognised.

You may also start an advanced similarity search for this article.