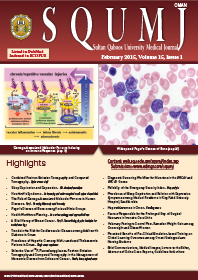 Objectives: Missense variants are very commonly detected when screening for mutations in the BRCA1 and BRCA2 genes. Pathogenic mutations in the BRCA1 and BRCA2 genes lead to an increased risk of developing breast, ovarian, prostate and/or pancreatic cancer. This study aimed to assess the predictive capability of in silico programmes and mutation databases in assisting diagnostic laboratories to determine the pathogenicity of sequence-detectable mutations. Methods: Between July 2011 and April 2013, an analysis was undertaken of 13 missense BRCA gene variants that had been detected in patients referred to the Genetic Health Services New Zealand (Northern Hub) for BRCA gene analysis. The analysis involved the use of 13 in silico protein prediction programmes, two in silico transcript analysis programmes and the examination of three BRCA gene databases. Results: In most of the variants, the analysis showed different in silico interpretations. This illustrates the interpretation challenges faced by diagnostic laboratories. Conclusion: Unfortunately, when using online mutation databases and carrying out in silico analyses, there is significant discordance in the classification of some missense variants in the BRCA genes. This discordance leads to complexities in interpreting and reporting these variants in a clinical context. The authors have developed a simple procedure for analysing variants; however, those of unknown significance largely remain unknown. As a consequence, the clinical value of some reports may be negligible.