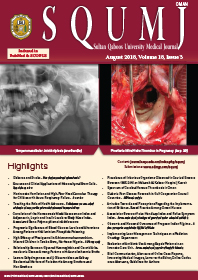 Paediatric hypercalcaemia is a rare condition which can be easily overlooked or misdiagnosed. We report two paediatric patients who presented to the Department of Paediatrics, Pardubice Hospital, Pardubice, Czech Republic, in 2009 and 2010, respectively. Each patient was diagnosed with hypercalcaemia due to a different cause. The first case involved a seven-month-old infant who presented with failure to thrive, vomiting and psychomotor retardation. Fluorescent in situ hybridisation revealed Williams-Beuren syndrome. The second patient was a 16-year-old girl with abdominal pain and renal colic due to hypercalcaemia-induced urolithiasis. High parathyroid hormone serum levels suggested primary hyperparathyroidism. An adenoma of the left upper parathyroid gland was diagnosed via technetium-99m-labelled methoxyisobutyl isonitrile single photon emission computed tomography and removed surgically. Hypercalcaemia should be considered in the differential diagnosis of various disease states, particularly among infants who fail to thrive or children with abdominal pain.