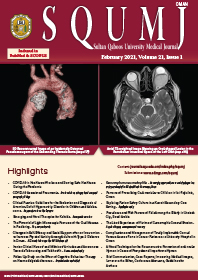 Objectives: The post-mortem interval (PMI) refers to the amount of time elapsed between death and discovery of the body. This study aimed to evaluate light microscopic cellular changes in the oral mucosa and identify the potential of this method for predicting PMI. Methods: This prospective study was conducted between July 2016 and January 2018 at the Institute of Dental Sciences, Siksha ‘O’ Anusandhan University, Bhubaneswar, India. A total of 150 post-mortem (including 75 gingival and 75 buccal mucosa samples) and 40 ante-mortem (including 20 gingival and 20 buccal mucosa samples) tissue samples were compared using haematoxylin and eosin, periodic acid-Schiff (PAS) and van Gieson stains. Microscopic changes in the epithelium and connective tissue were categorised according to PMI stage as early (<12.5 hours since death), intermediate (12.5–20.5 hours since death) or late (>20.5 hours since death). Results: Most epithelial cellular changes occurred early, except for arc-shaped nuclei and epithelial shredding which were intermediate and late changes, respectively. However, microscopic changes in the connective tissue were only observable at ≥12.5 hours. There was a progressive decrease in intensity in van Gieson stains and an increase in intensity in PAS stains as PMI increased. Several microscopic features were found to be significant predictors of PMI including epithelial homogenisation, cytoplasmic vacuolation, nuclear degeneration, arc-shaped nuclei, chromatin clumping, red blood cell clumping and lysis, melanin incontinency, myofibril degeneration, salivary gland acini degeneration and epithelial connective tissue separation (P <0.050 each). Conclusion: These findings indicate that microscopic evaluation of the oral mucosa may be helpful for PMI prediction.