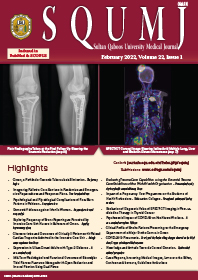 Abdominoscrotal hydrocele (ASH) is a variant of hydrocele that rarely occurs in adults. ASH has two sacs, one in the scrotum and one in the abdomen connected through the inguinal canal. Abdominoscrotal haematocele is a rare complication of ASH. We report a 57-year-old male patient who presented to a tertiary care hospital in Puducherry, India, in 2019 with complaints of swelling in the scrotum for 15 years and abdominal pain for two months. Both the swellings were soft and cross fluctuation was present. Imaging confirmed the diagnosis of ASH. During a diagnostic laparoscopy, the abdominal sac was decompressed and found to have thick brownish fluid suggestive of haematocele. It was demonstrated that both sacs were connected. Due to difficulty in the dissection of the sac, the procedure was converted to an open procedure. Both the sacs were excised and Lytle’s repair was done for the dilated internal ring. The patient recovered and no recurrence of any swelling in the abdomen or scrotum was found at the end of a one-year follow-up.