Removal of Nasogastric Tube Accidentally Stitched to Roux-en-Y Oesophagojejunostomy Following a Radical Gastrectomy for Stomach Cancer: Case report and review of the literature 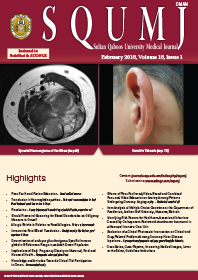 Nasogastric tubes (NGTs) are important for feeding, stenting and decompression after gastrointestinal surgeries, particularly in the upper gastrointestinal tract. Resistance in the removal of a NGT is a rare surgical complication and may be due to a knot in the tube or a stitch anchoring the tube to an anastomosis. We report a 41-year-old male patient who was admitted to the King Faisal Specialist Hospital & Research Center, Riyadh, Saudi Arabia, in 2015 with stomach cancer. He underwent a radical total gastrectomy with a Roux-en-Y oesophagojejunostomy. One week after the surgery, removal of the NGT was attempted; however, this was very difficult and the proximal end of the tube was cut off as a temporary measure. Six weeks later, an upper gastrointestinal tract endoscopy revealed that the distal end of the NGT had been accidentally stitched to the Roux-en-Y oesophagojejunostomy. The stitch was removed and the rest of the NGT was successfully extracted using a snare.