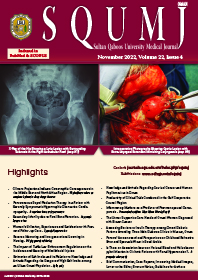 Objectives: This study aimed to assess the productivity of clinical trials in the Gulf Cooperation Council (GCC) region, including Oman, Saudi Arabia, United Arab Emirates, Qatar, Bahrain and Kuwait and to address the existing research gap. Specifically, this paper aimed to estimate the number of clinical trials conducted and estimate the proportion of clinical trials conducted in the GCC countries published in peer-reviewed journals. Methods: The clinical trials registry of the US National Library of Medicine was searched for clinical trials conducted from January 2000 to October 2019. The productivity was assessed by the publication status of the trials in the registry and through the search in MEDLINE indexed journals. Results: A total of 682 trials were found from the GCC region, with an overall trend of 4.1 trials each year. However, the clinical trial productivity from the region contributes to only 0.37% of the trials globally. When comparing the raw data, Saudi Arabia showed the highest proportion, contributing 66.6% of the clinical trials from the region (P <0.001), while Oman contributed 3.5%. After normalisation to population, Qatar was found to be the highest contributor, with 42.78 trials per million. A total of 238 trials were conducted before 2016, of which 46.6% were published. Conclusion: Saudi Arabia is the leading country in clinical trial productivity in the GCC region. Countries in the GCC should utilise the triple helix model to form partnerships with the industry and improve their contributions to science.
Keywords: Productivity; Clinical Trial; Publications; Oman; Gulf Cooperation Council.