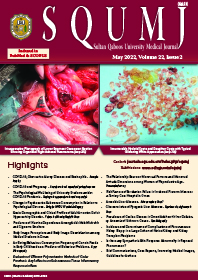 Objectives: Women’s attitudes towards menstruation play a critical role in shaping their bodies and psychosocial integrity. Menstruation is affected by certain bio-psychosocial factors, necessitating an in-depth understanding of the phenomenon to cope better with the consequent difficulties. This study aimed to investigate the relationship between menstrual patterns and menstrual attitude dimensions in women of reproductive-age. Methods: An observational cross-sectional study was conducted between January and December 2019 on women referred to various urban health centres of Torbat Heydariyeh, Iran. The Menstrual Attitudes Questionnaire and Verbal Multidimensional Scoring systems were used to collect the required data. The features of the menstrual cycle were also recorded. Results: A total of 164 women (response rate: 96.74%) were included in this study. Women with dysmenorrhea perceived menstruation as a more debilitating, bothersome and predictable event and they were less likely to deny any menstrual effect (P = 0.001). The results also revealed that subjective menstrual blood loss was associated with higher levels of perceiving menstruation as a natural (P = 0.008), bothersome (P = 0.026) and anticipatory event (P = 0.021) and reporting less denial of any menstrual effect (P = 0.001). Moreover, women rated menstruation as a more bothersome event with an increase in the duration of menstrual bleeding (P = 0.014). There was no significant relationship between the other features of the menstrual cycle and menstrual dimensions (P >0.05). Conclusion: The findings of this study suggest that women’s attitudes towards menstruation were associated with menstrual pain, duration of the menstrual cycle and subjective volume of menstrual flow. These factors could be used to modify women’s attitudes towards the natural phenomenon of menstruation.